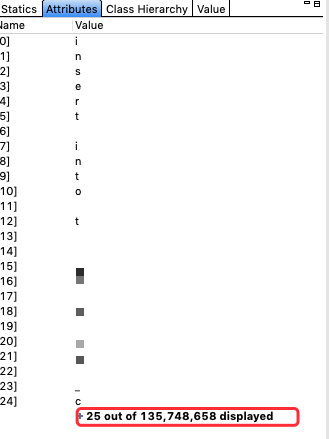 his article gives you a highlight of important features added in every major Java release. Check this article to know about Java history, I am sure you will find it interesting.

Java 8 was released on 18 March 2014. The code name culture is dropped with Java 8 and so no official code name going forward from Java 8. Wishing you a happy new year!

Q) Java vs. C ++?
The following features of java make it different from the C++:

Q) What is javac ?
It produces the java byte code from *.java file. It is the intermediate representation of your source code that contains instructions.

Q) What is class?
Class is nothing but a template that describes the data and behavior associated with instances of that class

Q) What is the base class of all classes?
java.lang.Object

Note: Any time you have an integer expression involving bytes, shorts, ints and literal numbers, the entire expression is promoted to int before the calculation is done.

Q) What is Unicode?
Java uses Unicode to represent the characters. Unicode defines a fully international character set that can represent all of the characters found in human languages.

Q) What are Literals?
A literal is a value that may be assigned to a primitive or string variable or passed as an argument to a method.

Q) Dynamic Initialization?
Java allows variables to be initialized dynamically, using any expression valid at the time the variable is declared.

Q) What is Type casting in Java?
To create a conversion between two incompatible types, we must use a cast. There are two types of casting in java: automatic casting (done automatically) and explicit casting (done by programmer).

Q) Arrays?
An array is a group of fixed number of same type values. Read more about Arrays here.

Q) What is BREAK statement in java?
It is also referred as terminator. In Java, the break statement can be used in following two cases:

Q) Why can’t I do myArray.length () ? Arrays are just objects, right?
Yes, the specification says that arrays are object references just like classes are. You can even invoke the methods of Object such as toString () and hashCode () on an array. However, length is a data item of an array and not a method. So you have to use myArray.length.

Q) How can I put all my classes and resources into one file and run it?
Use a JAR file. Put all the files in a JAR, then run the app like this:

Q) Can I declare a data type inside loop in java?
Any Data type declaration should not be inside the loop.

Q) java.lang.* get imported by default. For using String and Exception classes, you don’t need to explicitly import this package. The major classes inside this package are

Q) Arrays can be defined in different ways. Write them down.

Q) What is inheritance?
The process by which one class acquires the properties and functionalities of another class. Inheritance brings reusability of code in a java application. Read more here.

Q) Can we overload a method by just changing the return type and without changing the signature of method?
No, We cannot do this.

Q) What is the difference between method overloading and method overriding?
There are several differences; You can read them here: Overloading Vs Overriding.

Q) Abstract class?
An abstract class is a class which can’t be instantiated (we cannot create the object of abstract class), we can only extend such classes. It provides the generalized form that will be shared by all of its subclasses, leaving it to each subclass to fill in the details. We can achieve partial abstraction using abstract classes, to achieve full abstraction we use interfaces.

Q) Which access modifiers can be applied to the inner classes?
public ,private , abstract, final, protected.

Q) Can we mark constructors final?
No, Constructor cannot be declared final.

Q) What is default and parameterized constructors?
Default: Constructors with no arguments are known as default constructors, when you don’t declare any constructor in a class, compiler creates a default one automatically.

Note: super() must be the first statement in a constructor.

Q)THIS keyword?
The THIS keyword is a reference to the current object.

Q) Explain ways to pass the arguments in Java?
In java, arguments can be passed in 2 ways,

Q) What is static block?
A static block gets executed at the time of class loading. They are used for initializing static variables.

Q) Use of final keyword in Java?
Final methods – These methods cannot be overridden by any other method.
Final variable – Constants, the value of these variable can’t be changed, its fixed.
Final class – Such classes cannot be inherited by other classes. These type of classes will be used when application required security or someone don’t want that particular class. More details.

Q) What are Packages?
A Package can be defined as a grouping of related types (classes, interfaces, enumerations and annotations )

Q)What is the difference between import java.util.Date and java.util.* ?
The star form (java.util.* ) includes all the classes of that package and that may increase the compilation time – especially if you import several packages. However it doesn’t have any effect run-time performance.

Q) What is static import?
Read it here.

Q) What are two different ways to call garbage collector?
System.gc() OR Runtime.getRuntime().gc().

Q) What is an exception?
Exceptions are abnormal conditions that arise during execution of the program. It may occur due to wrong user input or wrong logic written by programmer.

Q) What is the difference between Error and Exception?
Error: Mostly a system issue. It always occur at run time and must be resolved in order to proceed further.
Exception: Mostly an input data issue or wrong logic in code. Can occur at compile time or run time.

Q) What is throws keyword?
If a method does not handle a checked exception, the method must declare it using the throwskeyword. The throws keyword appears at the end of a method’s signature.

Q) Difference between throw and throws in Java
Read the difference here: Java – throw vs throws.

Q) What is finally block?
Finally block is a block of code that always executes, whether an exception occurs or not. Finally block follows try block or try-catch block.

When a finally block does not get executed?
The only time finally won’t be called is if you call System.exit() or if the JVM crashes first.

Q) Can we handle more than one exception in a single catch block?
Yes we can do that using if-else statement but it is not considered as a good practice. We should have one catch block for one exception.

Q) What is a Java Bean?
A JavaBean is a Java class that follows some simple conventions including conventions on the names of certain methods to get and set state called Introspection. Because it follows conventions, it can easily be processed by a software tool that connects Beans together at runtime. JavaBeans are reusable software components.

Q) What is the main purpose of having multithread environment?
Maximizing CPU usage and reducing CPU idle time

Q) What are the main differences between Process and thread? Explain in brief.
1)  One process can have multiple threads. A thread is a smaller part of a process.
2)  Every process has its own memory space, executable code and a unique process identifier (PID) while every thread has its own stack in Java but it uses process main memory and shares it with other threads.
3) Threads of same process can communicate with each other using keyword like wait and notify etc. This process is known as inter process communication.

Q) How can we create a thread in java?
There are following two ways of creating a thread:
1)  By Implementing Runnable interface.
2)  By Extending Thread class.

Q) Explain yield and sleep?
yield() – It causes the currently executing thread object to temporarily pause and allow other threads to execute.

sleep() – It causes the current thread to suspend execution for a specified period. When a thread goes into sleep state it doesn’t release the lock.

Q) What is the difference between sleep() and wait()?
sleep() – It causes the current thread to suspend execution for a specified period. When a thread goes into sleep state it doesn’t release the lock

wait() – It causes current thread to wait until either another thread invokes the notify() method or the notifyAll() method for this object, or a specified amount of time has elapsed.

Q) What does join( ) method do?
if you use join() ,it makes sure that as soon as a thread calls join,the current thread(yes,currently running thread) will not execute unless the thread you have called join is finished.

Q) Preemptive scheduling vs. time slicing?
1) The preemptive scheduling is prioritized. The highest priority process should always be the process that is currently utilized.
2) Time slicing means task executes for a defined slice/ period of time and then enter in the pool of ready state. The scheduler then determines which task execute next based on priority or other factor.

Q) What is Starvation?
Starvation describes a situation where a thread is unable to gain regular access to shared resources and is unable to make progress. This happens when shared resources are made unavailable for long periods by “greedy” threads. For example, suppose an object provides a synchronized method that often takes a long time to return. If one thread invokes this method frequently, other threads that also need frequent synchronized access to the same object will often be blocked.

Q) What is deadlock?
Deadlock describes a situation where two or more threads are blocked forever, waiting for each other.

Q) What is List?
Elements can be inserted or accessed by their position in the list, using a zero-based index.
A list may contain duplicate elements.

Q) What is Map?
Map interface maps unique keys to values. A key is an object that we use to retrieve a value later. A map cannot contain duplicate keys: Each key can map to at most one value.

Q) What is Set?
A Set is a Collection that cannot contain duplicate elements.

Q) Why ArrayList is better than Arrays?
Array can hold fixed number of elements. ArrayList can grow dynamically.

Q) For addition and deletion. Which one is most preferred: ArrayList or LinkedList?
LinkedList. Because deleting or adding a node in LinkedList is faster than ArrayList.

Q) For searches. Which one is most preferred: ArrayList or LinkedList?
ArrayList. Searching an element is faster in ArrayList compared to LinkedList.

Q) What is the difference between HashMap and Hashtable?
1) Hashtable is synchronized. HashMap is not synchronized.
2) Hashtable does not allow null keys or values. HashMap allows one null key and any number of null values. Read more here.

Q) How do you do file I/O from an applet?
Unsigned applets are simply not allowed to read or write files on the local file system .

Unsigned applets can, however, read (but not write) non-class files bundled with your applet on the server, called resource files

Q) What is container ?
A component capable of holding another component is called as container.
Container
Panel
Applet
Window
Frame
Dialog

Q) On Windows, generally frames are invisible, how to make it visible. ?

Q) showStatus() ?–
To display the message at the bottom of the browser when applet is started.

Q) What is the Event handling?
Is irrespective of any component, if any action performed/done on Frame, Panel or on window, handling those actions are called Event Handling.

Further readings:
If you have finished reading above interview questions then you can go through the below tutorials to sharpen your knowledge in java. We will keep adding new question and answers to the above list.