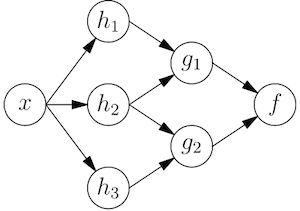 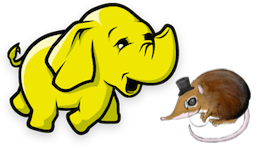 Anaconda is a free distribution of the Python programming language for large-scale data processing, predictive analytics, and scientific computing that aims to simplify package management and deployment.

Follow instructions to install Anaconda or the more lightweight miniconda.

For detailed instructions, scripts, and tools to set up your development environment for data analysis, check out the dev-setup repo.

To view interactive content or to modify elements within the IPython notebooks, you must first clone or download the repository then run the notebook. More information on IPython Notebooks can be found here.

Contributions are welcome! For bug reports or requests please submit an issue.

Feel free to contact me to discuss any issues, questions, or comments.

This repository contains a variety of content; some developed by Donne Martin, and some from third-parties. The third-party content is distributed under the license provided by those parties.

The content developed by Donne Martin is distributed under the following license:

Big Data includes so many specialized terms that it’s hard to know where to begin. Make sure you can talk the talk before you try to walk the walk.

Data science can be confusing enough without all of the complicated lingo and jargon. For many, the terms NoSQL, DaaS and Neural Networking instill nothing more than the hesitant thought, “this sounds data-related.” It can be difficult to tell a mathematical term from a proper programming language or a dystopian sci-fi world. The first step to getting the most out of data science is understanding the most basic of terminology. That’s why we compiled a list of terms from all across the big data spectrum.

Algorithms: Mathematical formulas or statistical processes used to analyze data. These are used in software to process and analyze any input data.

Analytics: The process of drawing conclusions based on raw information. Through analysis, otherwise meaningless data and numbers can be transformed into something useful. The focus here is on inference rather than big software systems. Perhaps that’s why data analysts are often well-versed in the art of story-telling. There are three main types of analytics in data, and they appear in the following order:

Descriptive Analytics: Condensing big numbers into smaller pieces of information. This is similar to summarizing the data story. Rather than listing every single number and detail, there is a general thrust and narrative.

Predictive Analytics: Studying recent and historical data, analysts are now able to make predictions about the future. It is hardly 100% accurate, but it provides insight as to what will most likely happen next. This process often involves data mining, machine learning and statistics.

Prescriptive Analytics: Finally, having a solid prediction for the future, analysts can prescribe a course of action. This turns data into action and leads to real-world decisions.

Cloud: It’s available any and everywhere. Cloud computing simply means storing or accessing data (programs, files, data) over the internet instead of a hard drive.

DaaS: Data-as-a-service treats data as a product. DaaS providers use the cloud to give on-demand access of data to customers. This allows companies to get high quality data quickly. DaaS has been a popular word in 2015, and is playing a major role in marketing.

Data Mining: Data miners explore large sets of data to find patterns and insight. This is a highly analytical process that emphasizes making use of large datasets. This process could likely involve artificial intelligence, machine learning or statistics.

Dark Data: This is information that is gathered and processed by a business, but never put to real use. Instead, it sits in the dark waiting to be analyzed. Companies tend to have a lot of this data laying around without even realizing it.

Database: A database is an organized collection of data. It may include charts, schemas or tables. It may also be integrated into a Database Management System (DBMS), a software that allows data to be explored and analyzed.

Hadoop (Apache Hadoop): An open source software framework, Hadoop works largely by storing files and processing data. It is also known for large processing power, making it easy to run a multitude of tasks concurrently. It allows businesses to save, access and analyze enormously big amounts of data. Apache is also in charge of other, related programs you may run into: Pig, Hive, and now Spark (more on Spark later).

IoT: The Internet of Things is generally described as the way products are able “talk” to each other. It is a network of objects (for example, your phone, wearable or car) embedded with network connectivity. Driverless cars are perfect examples. They are always pulling information from the cloud and their sensors are relaying information back. The IoT generates huge amounts of data, making it both important and popular for data science. There is also:

IoE (Internet of Everything): This combines products, people and processes to generate even more connectivity.

Machine Learning: An incredibly cool method of data analysis, machine learning automates analytical model building and relies on a machine’s ability to adapt. Using algorithms, models actively learn and better themselves each time they process new data. Though machine learning is not new, it is gaining massive traction as a modern data analysis tool. It enables machines to adapt and grow without needing hours of extra work on the part of scientists.

MapReduce: MapReduce is a programming model for processing and generating large data sets. This model actually does two distinct things. First, the “Map” includes turning one dataset into another, more useful and broken down dataset made of bits called tuples. Second, “Reduce” takes all of the broken down tuples and breaks them down even further. The result is a practical breakdown of information.

Neural Network: Artificial Neural Networks are models inspired by the real-life biology of the brain. These are used to estimate mathematical functions and facilitate different kinds of learning algorithms. Deep Learning is a similar term, and is generally seen as a modern buzzword, rebranding the Neural Network paradigm for the modern day.

NoSQL: “Non-relational SQL” or “Not only SQL” is much like SQL (discussed below) but does not use relational tables with rows and columns. It is used to manage and stream processing of data. NoSQL includes a number of different databases and models that run horizontally, meaning across servers. This might make it more cost-effective than vertical scaling (as used in SQL).

Petabyte: Yes, it’s big. It’s 1,000,000,000,000,000 bytes. To visualize, Gizmodo described one petabyte as 20 million 4-drawer filing cabinets filled with texts. 20 Petabytes would be all the written works of mankind from the beginning of time translated in every language.

SQL: Also known as Structured Query Language, this is used for the managing and stream processing of data. It is used to communicate with and perform tasks on a database. Standard commands include “Insert,” “Update,” “Delete,” “Create,” and “Drop.” Data appears in a relational table with rows and columns.

R: R is a horribly named programming language that works with statistical computing. It is considered one of the more important and most popular languages in data science.

SaaS: Software-as-a-Service enables vendors to host an application and make it available via the internet. Yes, that’s cloud servicing. SaaS providers provide services over the cloud rather than hard copies.